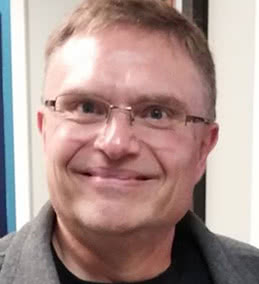 Trent Rentsch is an experienced and skilled communications expert. As the Proposal Writer at 721 Strategies, he writes and edits documentation, and serves as a social media consultant.

Trent began his career as a radio announcer/newscaster in small market radio stations in the upper Midwest. From those humble beginnings, he has held positions across the country in the broadcast and advertising agency sectors. Through the 1980s and into the early 1990s, Trent was Creative Director for the KELO Radio Group. It was during this time that he began writing a monthly column for Radio and Production magazine, a column that he continues to write to this day.

The mid-90s saw a move to Seattle, where he served as Producer/Writer for KidStar Interactive Media. As the century turned, he relocated to Raleigh, NC, where he would hold positions in broadcasting and advertising. He then relocated to Washington, D.C. where he briefly worked as Tech Director for the Fred Thompson Show on Westwood One, then moved to Sirius/XM satellite radio, where he served as a commercial producer and writer.

Returning to Raleigh, Trent once again joined the advertising agency world, serving as producer and copywriter for several agencies, most recently as Creative Director for RPM Media.

His background in media, advertising, writing, audio & video production, and voice-over have garnered him many awards over the years, but he insists that his greatest reward is assisting others to find their unique voice and tell their story.

When he’s not telling a client’s story Trent performs as a comedy magician, produces electronic music, and is the co-host and/or producer of several podcasts.