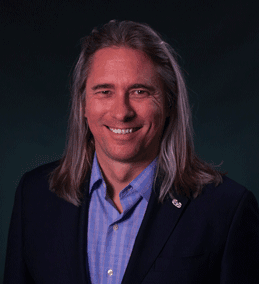 Christopher currently serves as the President of 721 Government Strategies, working primarily from our DC office.

Christopher began at 720 Strategies as Vice President of Government Services and ran 720’s government efforts, which lead to the creation of a 720 owned subsidiary company.  In one year at 720 Strategies, Christopher was instrumental in winning work for the Substance Abuse and Mental Health Services Administration, the Air National Guard, the Army National Guard, the United States Army, the Library of Congress and the City of Irvine.

Christopher was also heavily involved in work for the National Academy of Medicine and the National Academy of Sciences, Engineering, and Medicine.
Prior to joining 720 Strategies, Christopher has worked with a range of brands like Coca Cola, Disney, Kratos Defense, Audi, and Etihad Airways. Christopher worked with a host of US government clients, notably running a campaign for a 2015 Presidential Task Force in 6 languages with metrics reporting that resulted in an invitation to brief at the White House. At the local level Christopher has worked on numerous campaigns in California. Clients included environmental outreach for the City of Beverly Hills and Santa Monica, economic outreach for the City of Carlsbad, the University of San Diego and the South Bay Adult Education Consortium.

Christopher lived in Denmark for two years working on behavior change campaigns for the Danish National Health Service and Abbott Pharmaceuticals.
Initially serving in Army reconnaissance units, which culminated in his becoming a Scout Section Sergeant, Christopher became an Information Operations planner and pioneered the use of data in implementing successful influence campaigns. Christopher ran campaigns in Iraq, Afghanistan, Mali, Myanmar, Jordan, and Brazil and served as an Information Operations advisor to the Japanese Ground Self Defense force, Afghan National Army, the Royal Hashemite Kingdom of Jordan, the Iraqi Army and the French Foreign Legion.

Christopher provided instruction on strategic communication planning and communication research at the Long Term Strategy Project at Harvard University, the Africa Bureau at State Department, The Broadcasting Board of Governors, the Naval War College, the National Defense University, the Army Science Board, and U.S. Army Command and General Staff School. He also served as a senior mentor for strategic communication at the U.S. Marine Corps Command and General Staff College. Currently, he teaches communication planning and data-driven decision making as a guest lecturer at a University of San Francisco program for veterans running for office.

Christopher co-authored a highly influential paper on tribes and insurgency in Iraq, as well as a piece on the insurgency in Mali for the Small Wars Journal.

In 2004 he received a Department of State Foreign Language Area Studies Fellowship to study the Lithuanian language and Lithuanian cultural resistance to Soviet occupation and Propaganda from 1941 to 1991.  He speaks basic Lithuanian and moderate Danish.